How are Canada’s doctors being trained to address the needs of marginalized populations across the specturm of medical education?

Jutras, M. How are Canada’s doctors being trained to address the needs of marginalized populations across the specturm of medical education? UBCMJ. 2016: 7.2 (42-43).

a MD Student 2018, Faculty of Medicine, University of British Columbia, Kelowna, BC 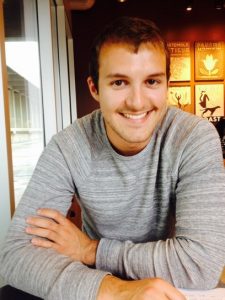 Marc Jutras completed his Bachelor of Business Administration (BBA) degree at Simon Fraser University in 2014, with a joint major in Psychology. He began studies as a medical student in September 2014, and is currently enrolled in UBC’s Southern Medical Program in Kelowna, BC. Since he began his medical studies, he has been actively involved in conducting research at the BC Cancer Agency in Kelowna on the use of novel diagnostic imaging techniques for the early detection of lung cancer. In addition to diagnostic imaging, he also has a keen interest in the economics of healthcare delivery.

Despite frequently being lauded as one of the premier healthcare systems in the modern world, the Canadian healthcare system continues to face several challenges with regard to disparities in access and outcome among the various social cohorts in the country. In particular, a stratification of society based on factors such as income, education, race, or LGBTQ status, to name a few, continues to demonstrate poorer overall health outcomes and health status among Canada’s marginalized populations.1,2 Given that the Association of Faculties of Medicine of Canada (AFMC) has recently undertaken a comprehensive review of the entire Canadian medical education system—including undergraduate medical education (UGME), postgraduate medical education (PGME), and continuing professional development (CPD) for licensed physicians—an examination of what is being done to address the needs of marginalized populations at the various levels of medical training appears timely.

In 2010, the AFMC published a set  of ten key recommendations aimed at fostering change within the UGME system to achieve better congruency between society’s healthcare needs and the training of future physicians.3 Many of these recommendations are directly  relevant to the topic of marginalized  populations, including the goal of addressing individual and community needs through increased social responsibility and accountability, an increased focus on diversifying learning contexts, and the promotion of medical leadership among students. Although these recommendations were intended to serve as unifying guiding principles, the AFMC noted in its report that each of the 17 Canadian Faculties of Medicine would undoubtedly implement each recommendation in their own unique way, and it is interesting to examine how this is being accomplished in various faculties across the country.

Illustrative examples demonstrating how the AFMC’s specific objectives are being met through creative and innovative training opportunities in Canadian medical schools are plentiful. In terms of increasing social accountability by addressing individual and community needs, medical students at Memorial University, for instance, have spearheaded the Gateway Program aimed at offering assistance to newly arrived refugees in the St. John’s area by offering pre-medical screening, a program that has been highly successful and currently has a voluntary participation rate of 96% among students.4 Following the pre-screening that is conducted, including histories and physical exams, students are able to pass this information on to family doctors in the community, effectively streamlining the integration of newly arrived refugees within the local healthcare system and promoting awareness of issues relevant to refugee health among students.4 In the previous academic year, the program offered healthcare services to 95 newly settled refugees in the local area.5 The program continues to expand, with students from the Faculty of Medicine having collaborated with the Association for New Canadians to host a “Cooking Together” program and local health fair for newly arrived refugees

during the previous year as well.5

With a view towards diversifying learning contexts, the University of Manitoba has incorporated a Rural Week into its first year medicine curriculum whereby 110 students are assigned to approximately 45 sites across the province to work closely with a Family Medicine preceptor and other members of the healthcare team.4 Through this initiative, students become fully immersed in the continuing care of patients, while also being exposed to diverse patient populations and healthcare needs in settings removed from the traditional urban hospital or community clinic, all at the earliest stages of their training.4 At the point of its inception in 2003, Rural Week was an optional experience, which 70% of the class electively chose. In the following year, Rural Week was incorporated into the core first year medical curriculum due to the program being so well-received.6 In the years that have followed, the overwhelmingly positive evaluations received by the students, preceptors, and local communities continue to serve as a testament to the unique value of the program in its ability to strive towards better serving the needs of rural and underserved populations.6

With regards to the AFMC objective of promoting medical leadership, Queen’s University School of Medicine has taken  a proactive approach toward the issue   of addressing the healthcare needs of marginalized populations by offering unique community service opportunities through the School’s Service-Learning program, a voluntary component of Queen’s UGME curriculum. One such program offered through the Global Health Office, MedExplore, provides medical students with the opportunity to become involved in educational and mentoring opportunities with populations who are underrepresented in the field of medicine.7 Citing research that suggests individuals from marginalized backgrounds are more adept at understanding the needs of underserved communities, as well as being more likely to pursue a career servicing communities that face significant healthcare discrepancies, the program aims to help young individuals from rural, First Nations, or low socioeconomic backgrounds connect with medical student peers.8 In addition to promoting an interest in healthcare careers among young marginalized populations, the program also facilitates the development of a deeper understanding of the healthcare issues faced by such populations among current medical students, due to the  close relationships that form through the mentorship program.8

Following an extensive review process, in 2012 the AFMC also released a set of ten recommendations for improvement specifically targeting PGME, many of which paralleled the recommendations in the 2010 report on UGME.9 Perhaps most relevant to the discussion of marginalized populations, the 2012 report noted that many rural, refugee, elderly, and First Nations populations all face significant barriers when it comes to accessing healthcare, and a renewed focus on ensuring that services in Canada are available in the correct locations and proportions to provide for those that need them most will be paramount moving forward.9 In light of this, many faculties have begun to adopt a more distributed training model at the PGME level, including the University of British Columbia, the University of Saskatchewan, and McMaster University, among others, who have all increased the number of residency spaces in various rural and remote locations throughout their respective provinces in recent years. At the time of the writing of this article, the AFMC is currently conducting a review of the CPD system in Canada as well, and it will be interesting to observe what specific strategic recommendations are ultimately derived from this review.

Canada is a vast country, both in geographic range and in the complexity of its social constitution, and the efficient delivery of healthcare can certainly be challenging against such a backdrop. Although the Canadian healthcare system is admired internationally for the significant positives it achieves, there remain many disparities in access and delivery among the country’s marginalized populations that require improvement. Through objectives aimed at addressing community needs through social accountability, increasing diverse learning experiences, and fostering leadership at all levels of the medical education continuum, it is hoped that progress will continue to be made towards achieving these ends.