Faculty of MedicineMedical Journal (UBCMJ)
» Faculty of Medicine » Home » The past, present, and future of HIV in Canada: An interview with the director of clinical education at the British Columbia Centre for Excellence in HIV/AIDS

The past, present, and future of HIV in Canada: An interview with the director of clinical education at the British Columbia Centre for Excellence in HIV/AIDS

Galts, C. The past, present, and future of HIV in Canada: An interview with the director of clinical education at the British Columbia Centre for Excellence in HIV/AIDS. UBCMJ. 2016: 7.2 (34-35).

a MD Student 2019, Faculty of Medicine, University of British Columbia, Victoria, BC 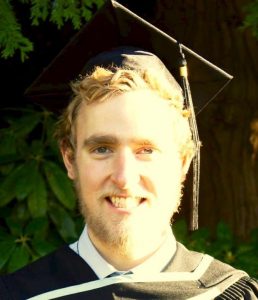 Ciarán Galts graduated from UBC in 2015, where he integrated nutrition and physiology into his Integrated Sciences degree. During his undergraduate degree, Ciarán completed a directed studies in the Department of Gastroenterology at the University of Otago in New Zealand. He is currently studying medicine at UBC as part of the Island Medical Program, Class of 2019.

The first detected cases of Human Immunodeficiency          Virus  (HIV)  in  North America were reported as pneumocystis pneumonia on June 5th, 1981.1 Little was known about the virus, including the target population, measurement of treatment effectiveness, and dangers of prescribed treatments.1 However, over the past two decades, this story has changed. From 1994-1996, patients diagnosed in their twenties had a life–expectancy of only nine years, but by 2006-7, this had increased to 51 years.2 Additionally, support systems have been developed, vulnerable populations have been identified, screening guidelines have been created, and treatment options and prevention programs have been widely expanded.3 Despite these advances, HIV has continued to burden many nations including Canada, which had over 2,000 new cases in 2013.4 Part of the resilience of the disease can be attributed to its disproportional prevalence in marginalized populations in Canada.4 These populations include intravenous drug users, individuals with low socio–economic status, and ethnic minorities, such as Aboriginal peoples.3,4 Marginalized populations are more likely to be exposed to the disease and have reduced adherence or access to optimal therapy, leading to spread of the disease and poorer prognosis.4 The story of HIV has changed dramatically due to the hard work and lifelong dedication of many physicians and health scientists globally. British Columbia is fortunate to be home to many of these global leaders who operate out of the British Columbia Centre for Excellence in HIV/AIDS in Vancouver.5 The Centre was founded in 1992 when HIV began to be recognized as a significant threat to the health of many Canadians.5 Its aims are to improve the lives of British Columbians living with HIV and to disseminate new scientific information to treat the disease and prevent it from spreading.5 In particular, the Centre places emphasis on management of HIV for marginalized populations due to the numerous challenges unique to this high–risk group. The Centre is home to a world—renowned leader in HIV research, Dr. Silvia Guillemi, who has focussed her work entirely on HIV since 1993. Dr. Guillemi is the Director of Clinical Education at the Centre for Excellence and is currently focused on educating family physicians on ways to best manage patients with HIV. She shares her long–evolving story of HIV from the front lines.

Twenty years ago when you had a newly diagnosed HIV patient, what did you expect this diagnosis would mean for your patient?

I met my first HIV patients in the mid- 1980s at the start of the real epidemic. Those were tough times, people were really dying of HIV and there was very little we could offer them. I still remember my patients from back then––many of them young men and women who were dying. Some would present very late and would have only one year left to live. Some had associated opportunistic infections of the eyes and bowels causing blindness or chronic diarrhea. At the time, this diagnosis meant patients would be unable to work or have families.

Treatment at the time was a mix of drug therapy and palliative care because we knew the life expectancy was so short. The first drug treatments were hard to tolerate and we were unable to accurately measure their effectiveness.

How does this compare to today and what were the major discoveries that have brought us to where we are now?

The picture really  started  to  change in 1996 after the 11th International AIDS Conference in Vancouver with the unveiling of highly active antiretroviral therapy. Before this, it was not possible to identify the virus, but now there was a way to measure the viral load and assess treatment effectiveness. Soon we began to see the incredible effects of multi– drug treatments and people started to survive.

Instead of taking three pills three times per day, which left patients feeling unwell, far better tolerance can now be achieved by taking one pill once per day.

What are the current strategies for reducing the burden of HIV in our community and in the world?

The BC Centre for Disease Control now recommends that every single person has an HIV test. A routine HIV check should be done like a regular blood pressure check or a blood sugar check.This is because HIV does not have boundaries—even those who are not in the risk category, such as heterosexual men in their 60s, can develop HIV. Many patients now come in with late diagnoses as their family physicians did not think of HIV as a possibility.

The most effective current strategy is treatment as prevention. Treatment not only benefits the individual but also the community. If someone is on treatment with an undetectable viral load, that person is not contagious. This is  a novel  concept:  if  everybody who is HIV–positive is on treatment then we can almost cure AIDS or HIV. The World Health Organization has adopted a strategy developed at the Centre for Excellence called the 90-90- 90 strategy: when 90% of people are tested for HIV and 90% are treated, then 90% of these people should be undetectable. If we can achieve this, then we can eliminate HIV globally.

What are the goals of research for future HIV patients?

Most current research is either in the pharmaceutical industry for making the drugs more tolerable, or in public health agencies for increasing treatment adherence. We are also looking at lifestyle issues as many HIV patients don’t exercise or eat properly or use street drugs, which can lead to complications with disease management. Addressing these areas will help patients take their medications and lead to better responses.

Over time, how has HIV impacted marginalized populations and what is being done to reduce the increased burden in these communities?

It depends on what we define as ‘vulnerable populations’ and I don’t think I would call the MSM (men who have sex with men) group a ‘vulnerable population’ because many of them are well–educated and are effectively educating their peers about risks and treatments. Despite this, there are many young gay men who don’t seem to have access to information on prevention. Also, patients who have mental health issues and addictions are more challenging to keep in treatment and have lower access to care. The recognition of marginalized populations in the Downtown Eastside of Vancouver has successfully reduced the burden of HIV in the population here. There have been very few new HIV cases in the Downtown Eastside and the disease in needle–users seems to have plateaued. This might be attributed to increased awareness and harm–reduction in the area, such as safe– injection sites. Also, our Centre is working with the First Nations Health Authority to increase access to care, awareness, and early testing in vulnerable First Nations populations in British Columbia. Access to care is also a significant barrier for immigrants and refugees.

The best service for vulnerable populations in Vancouver is the Dr. Peter Centre near St. Paul’s Hospital. This Centre was established by Dr. Peter Jepson-Young, a family physician who passed away of HIV. Here, over 20 residents have meals and medications provided by nurses, while over 200 additional HIV–positive members have access to two meals a day and many therapeutic services.

Could HIV ever be restricted to the history books? Where will we be in 50 years?

What I am seeing is that patients will be able to take medication sooner and more consistently, leading to fewer issues around aging with HIV. They will become more productive members of society and have a better quality of life. With all our resources and knowledge in BC, I believe we can achieve something close to eradication of the disease.

Over the past 20 years, Dr. Guillemi and other researchers at the Centre for Excellence in HIV/AIDS have played a vital role in transforming our understanding of HIV. What used to be an unmanageable and devastating virus can now be effectively detected and treated for the betterment of the afflicted patient. The future for global and provincial management of HIV focuses on prevention and treatment. Improvements in these areas will be most difficult in marginalized populations due to reduced access to care and information. Consequently, the continuation of awareness programs in areas of lower socioeconomic status can improve disease prevention. Family physicians also play a large role in achieving optimal disease surveillance for the prevention of HIV by encouraging their patients to undergo HIV status checks.

HIV treatment has advanced immensely to the point that access and adherence to drug therapy are now the largest challenges. The Centre for Excellence in HIV/AIDS is working to expand access and adherence to all eligible patients, including more Aboriginal populations.5 Health care providers must continue to emphasize the importance of adherence to therapy to reduce disease progression and transmission between individuals. The work of HIV specialists and researchers around the world has proven to be largely successful, but it is far from over.

The author does not have any conflicts of interest.