From vision to action: An analysis of BC’s mental health and substance abuse plan

a MD Student 2019, Faculty of Medicine, University of British Columbia, Vancouver, BC 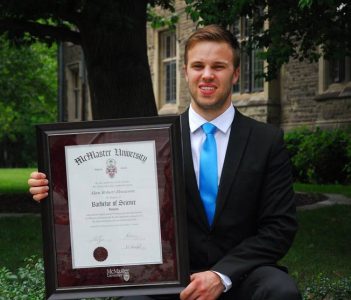 Alan Rheaume is a first year medical student in the UBC MD Class of 2019. Originally from Toronto, he graduated with an Honours degree in Psychology, Neuroscience & Behaviour (B.Sc.) from McMaster University in Hamilton, Ontario. In 2015, as the manager of the EvoHealth Research Labs, Alan conducted research on novel therapeutic approaches to depression through an evolutionary framework. As the Commissioner of the McMaster Students Union’s University Affairs Committee and delegate of the Ontario Undergraduate Student Alliance, Alan facilitated projects to improve mental health and wellness among students in postsecondary education.

According to the Mental Health Commission  of   Canada,  one  out

of every five Canadians will experience mental health issues.1 In 2011, the prevalence of mental illness in Canada was estimated at 6.7 million—a prevalence three times higher than type 2 diabetes and four times greater than heart disease.2 The direct economic burden of mental health problems on the Canadian economy is at least $50 billion per year—a staggering 2.8% of the Canadian gross domestic product.2,3

In British Columbia, the growing incidence of mental health issues contrasts with many positive indicators. BC residents have the healthiest behaviours in Canada with respect to cigarette smoking, alcohol consumption, and physical activity.4 British Columbia also has significantly lower rates of hypertension, heart disease, diabetes and ar thritis than most other Canadian provinces.5 Yet, British Columbian are also more likely to report mood problems, ranking ninth out of ten provinces in self– perceived mental health status, second only to Nova Scotia.5

The  colossal  impact  of   mental illness on  the  well–being  of  Canadians  has  prompted  a  variety  of  responses from federal and provincial governments. Increasing awareness of mental health, by both government and non–governmental entities,  has  captured  national   attention and cultivated greater acceptance  of  mental health issues and mental illness by the public.6 This emerging cognizance has coincided with new initiatives, such as the BC Ministry of Health’s ten–year mental health plan released in 2010 as well as the creation of Canada’s first–ever national Mental Health Strategy in 2012.2,7 Together, these provincial and national strategies establish a population health framework for improving service, treatment, and support for mental illness and substance abuse in British Columbia.

When the government of BC launched Healthy Minds, Healthy People (HMHP): A Ten–Year Plan to Address Mental Health and Substance Use in British Columbia in 2010, the action plan was lauded for taking a holistic, evidence–based approach to deal with the complex, multifaceted issues of mental health.7 The decade–long plan entails three major goals: (1) to improve the mental health  and  well–being  of  the  population; (2) to improve the quality and accessibility of services for people with mental health and substance use problems; and (3) to reduce the economic costs to the public and private sectors resulting from mental health and substance use problems.8 The HMHP also advocates for broader policy changes to improve mental health through early intervention, health promotion, stigma reduction, and public education.7,8

A  notable  strength  of  the  HMHP is that it is designed to galvanize collective effort between the provincial government and non–governmental entities to address mental health issues in BC. The plan identified stakeholders best suited to collaborate on initiatives—from health authorities  to  community  groups—and set  ambitious  milestones  and  target  goals to achieve within ten years of its implementation. By taking a population– level approach, the HMHP recognized that vulnerable populations—such as children, the elderly, Aboriginal peoples, and people with severe or complex mental illnesses— require tailored initiatives delivered by governments, health providers, community organizations, and members of the public.6

Yet the HMHP has received criticism for setting idealized goals that are not adequately corroborated with progress reports or follow-up.9 This past  year marked the half–way point of the plan, and in five years, only one progress report has been published. The plan does not include  a budget, nor has the BC government indicated how funds would be allocated across its projects and programs. While the HMHP outlines several overarching goals, such as a 10% increase in people reporting positive mental health by 2018, the 2012 report did not connect the current efforts with target results.7,8 Without a public budget, annual progress reports, or criteria for  evaluating  the  success  of   programs, the BC government cannot transform its earnest vision into tangible outcomes.

Although  the  HMHP  outlines   a broad policy vision for mental health and substance use, it contains several important gaps in its strategic priorities. For instance, the HMHP does not address or set targets for key at–risk populations, such as women, people living in poverty, and persons with disabilities. For example, depression and anxiety affect 27.9%  of  women  across  BC, compared to 15.6% of men.5 Despite the gender gap in mood disorders, the HMHP action plan only focuses on certain aspects of women’s health, such as perinatal screening and reduced substance use during pregnancy.8 Without tangible initiatives and goals aimed at reducing mental health disparities, the HMHP may exacerbate inequities among these at–risk populations. Thus, policy effor ts must  incorporate health equity approaches to mental health and substance use, to ensure that service provision is tailored to the unique health needs of marginalized populations.2

discrimination that surrounds mental illness and poses a daunting barrier to individuals seeking help. According to the Mental Health Commission of Canada (MHCC), six out of every ten Canadians with a mental health problem do not seek help out of fear of being stigmatized.1 The HMHP designates the reduction of stigma and discrimination as one of its four main priorities, yet has thus far only committed to supporting existing anti–stigma initiatives such as the MHCC’s HEADSTRONG initiative.7,10 In February 2015, the BC government partnered with the MHCC and the Vancouver Canucks to host a mental health awareness summitt for 1,800 youth at Rogers Arena.10 Based on the success of this anti–stigma initiative, the BC government can expand its partnerships with mental health organizations to tackle stigma and discrimination head on.

As the landscape of mental health in BC evolves, the  government  must  adapt its vision, policy, and action to address the needs of the BC population. Fostering mental health and alleviating mental illness requires a coordinated, multidisciplinary approach that addresses barriers to accessing timely, equitable care and support, especially for marginalized populations predisposed to mental health problems.2 While the challenges to health care reform are complex and abundant, these changes are paramount to effor ts aimed at building an equitable mental health system for all British Columbians.