Not so universal health care: The neglect of immigrant and refugee health in Canada

a PhD Student, School of Population and Public Health, Faculty of Medicine, University of British Columbia, Vancouver, BC 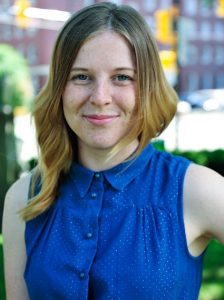 In the midst of an ongoing and highly publicized Syrian refugee crisis,  the health and wellbeing of refugees  has  been a topic of intense discussion across Canada and other developed countries, with many citizens collectively pressuring Canada to accept more refugees. In 2014, Canada resettled approximately 149,000 refugees, and the outgoing Conservative government had previously pledged to resettle another 10,000 Syrian and Iraqi refugees over the next four years if re- elected.1, 2 However, this quota was recently increased significantly, as the newly elected Liberal government has committed to bringing in approximately 25,000 Syrian and Iraqi refugees “immediately”.3 Although it is promising that Canada is actively improving its commitment to welcoming refugees, it is important to remember that the struggles of refugees do not end upon arrival to a new country. As such, whether Canada is doing enough to ensure that its new residents and future citizens, namely refugees and immigrants, are equally as safe, healthy, and strong as those of its native–born population is an important consideration.

After fleeing immediate health threats (e.g. civil war) in their native countries, refugees  face  a  new  set  of  social  and structural threats to their health after migrating to their new home. While refugees are a heterogeneous group, they share a susceptibility to several major health problems and inequities, stemming from various experiences along their resettlement trajectories. In addition to arriving from regions with low health care resources, many refugees will lose material possessions, wealth, and status, and may be separated from their families in the process of fleeing their native country.4 It is not surprising that upon arrival to a new home country, refugees report considerably worse physical and mental health problems

when compared to the native–born population.5 Upon resettlement, these vulnerable groups must navigate the Canadian healthcare system, which presents several economic, sociocultural, and geographic barriers to receiving equitable healthcare, and consequently achieving good health status.6 Refugees are not the only vulnerable group that experiences these structural barriers. Upon arrival to Canada, immigrants tend to be healthier than the native–born population, largely due to screening procedures (known as the “healthy immigrant effect”).7, 8 However, an established body of literature shows that, on average, immigrants see deteriorating health outcomes shortly after their arrival to a new country, a finding which likely reflects systemic barriers to receiving adequate healthcare.9

Universal healthcare has long been touted as one of Canada’s greatest  public policy achievements, so it might be surprising to learn that not all of Canada’s refugees or immigrants receive publicly– funded health insurance.10 Newly settled immigrants and refugees face numerous barriers to accessing the public health care system. In addition to tackling various administrative hurdles (e.g., finding and completing the proper documentation such as Interim Federal Health Program (IFHP) papers for refugees), many immigrants and refugees must overcome major language and cultural hurdles to navigate the public health care system.11 Those who are granted health insurance must wait for   at least three months—and sometimes  as long as two years—to receive medical coverage.10 Refugees  who  are  waiting  to qualify as insured persons can apply   to the IFHP, which provides emergency coverage.12 However in 2012, the Canadian government made drastic cuts to the IFHP, which caused all non–government resettled refugees (e.g., privately sponsored refugees) to lose prescription medication and supplemental (e.g., counselling) coverage, along with emergency dental and vision care. In response, refugee health advocates, including the Canadian Doctors for Refugee Care, filed and won a lawsuit against the Harper Government.13 The case will soon go before the Federal Court of Appeal.13

Fortunately, these cuts are being countered with other efforts to improve the health of these vulnerable populations. Several changes have been proposed by health and policy experts, on a variety of levels, from system–wide to physician– patient interaction, some of which are beginning to take shape. Most importantly, Prime Minister Justin Trudeau has pledged to reverse the cuts that the previous government made to the IFHP, and thereby expand the range of essential medical services available to refugees.3 Furthermore, health practitioners and policy scholars have suggested additional improvements to the IFHP, including administrative changes to decrease the time it takes for the IFHP to reimburse physicians for refugee visits, clearer guidelines for what is covered under the IFHP, and improved physician education on IFHP protocols.12 Aside from amendments to the IFHP, other initiatives have been proposed, including eliminating the three–month waiting period in applicable provinces, setting less stringent community health clinic enrolment criteria, and implementing evidence-based guidelines for the treatment of a range of health problems specific to immigrants and refugees.10, 14

In the meantime, groups of physicians across Canada have also taken initiative in securing the funds needed to treat uninsured refugees and immigrants. One example is the Canadian Centre for Refugee and Immigrant Health Care in Toronto, which operates solely on public donations and is run by a volunteer team of health care providers.15 Secondly, the use of professional interpreters is a promising solution to help overcome the culture and language barriers often cited by newcomers as deterrents to engagement in the health care system.6 Interpreters can act as liaisons between patients and health practitioners, whereby they may act as patient advocates and enable the transmission of cultural concepts between both parties.16 In preparation for welcoming 3,500 new refugees to British Columbia, the Provincial Health Services Authority is training and assigning 30 interpreters who will connect these families with the health care system to ensure their needs are fully met.17

Canada has  come  to  be  known  for its generosity, inclusiveness, and multiculturalism. With a newly elected government that values immigrant and refugee health and safety, equitable health for these minority groups might be within reach. As Canada welcomes 25,000 Syrian and Iraqi refugees in the coming months, it is crucial for health practitioners and policy makers to bridge the gap that exists between the health care services offered to newcomers and their needs. While Canada still has work to do to achieve this goal, recent and upcoming policy changes point to a healthier future for Canada’s immigrants and refugees.