Chess as a Metaphor for Self-Isolation 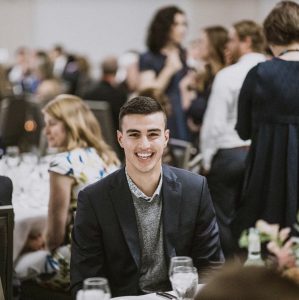 Since self-isolation has started, I have taken a liking to chess. I knew the general rules and had played against friends and family on occasion as a youth. But I didn’t really know how the game worked – and to be frank, I still don’t. My armamentarium is quite barren, with only basic principles, and a few openers and rudimentary tactics. Perhaps the readers can provide me with a few pointers.

Having said that, the pursuit has been novel and enjoyable. Interestingly enough, it has also served as an apt metaphor for the situation in which we find ourselves at present. I thought it reasonable, thus, to share a few similarities between playing chess and life as an off-duty medical trainee in 2020. Apologies in advance for my overly brief descriptions of these chess tactics.

The basic premise of “en passant” is that moving forward two squares instead of one doesn’t change the outcome of the moving piece – it gets captured in the same way regardless.

The genesis of the self-isolated period saw a tremendous rise in the rhetoric of hyper-productivity. Institutions released an onslaught of free courses and discounted software, each offering mastery in an otherwise out-of-reach domain or skill. How tantalizing it was to seize each of these by the horns – to take two steps forward.

And yet, two months into the pandemic, this rhetoric has settled. Perhaps those among us who rushed toward more activities and new tasks at the start of this period have been gusted with a wave of cumulative (if not repressed) uncertainty. While that initial enthusiasm looked and felt appealing when self-isolation was two weeks young, its fragile chassis was not made for the long haul of a multi-month endeavour.

“Pinning” refers to preventing movement of a decent piece for fear of losing a more valuable piece – it is succumbing to the lesser of two evils.

Many among us had solidified elective trajectories, certain to allow us to take another step towards our prospective careers, which have since been wholly ablated. In the midst of an emotional and myopic response to that which is outside of our control, we blind ourselves to the bigger threat, the true “pin”: wasting time and energy lamenting what is not, rather than acknowledging and acting according to what is.

Interestingly, the solution to most pins is not to move the valuable piece out of harm’s way, since it’s not actually experiencing an imminent threat – much like our career prospects and educations. Instead, the solution involves cleverly putting pressure on the offending piece to neutralize its power. For some, that may mean spending time reflecting on which of those two specialties are really most suited towards our future goals; for others, it may mean helping the family business stay afloat during the pandemic.

Nonetheless, “pinning” sometimes causes us to lose a medium value piece. But that is far from causing a checkmate. While we may have lost clinical experiences and the regularity of routine, the prospects of actualizing our goals remain reasonable, and for that grace is in order.

The more apt chess tactician can take advantage of the notion of “sacrifice”, wherein a piece is deliberately offered for capture in exchange for a more valuable piece – or even board real estate – somewhere down the line.

In the midst of hastily taking two steps forward and feeling panicked and frozen, it may be difficult to appreciate the long game. Tremendous discipline and resolve are required to give up a valuable piece for a chance at something even more valuable.

While this period of pandemic has caused legitimate hardship for many among us, it is my humble estimation that there is still objective and subjective good that can come of this time. Perhaps, if nothing else, the sacrifice that our communities continue to make each day is a case study in the empathy we can employ throughout our careers – and our lives.